« Previous Article
Back To News
Next Article » 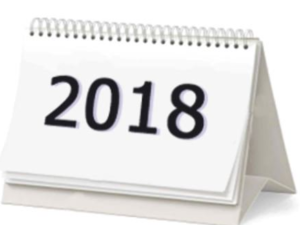 2018 Fixture List Announced. Galway will stage a three-day Festival over the October Bank Holiday weekend
Monday September 11, 2017
The 2018 Fixture List for Irish racing has been released today (Monday September 11, 2017) by Horse Racing Ireland. The total number of fixtures has been increased by eight to 363, the highest number of fixtures ever to be run in Ireland.
The racecourses which have each been allocated an additional fixture in 2018 are Ballinrobe, Bellewstown, Cork, Dundalk, Galway, Killarney, Naas, Navan and Punchestown, while Tipperary will lose the industry fixture which they staged in 2017. These new fixtures have been allocated on a temporary basis and their appropriate venues, dates and position in the calendar will be reviewed annually.

These additional fixtures are as follows:

“The 2018 Fixture List will feature the highest number of race meetings staged in Ireland to date, with 363 fixtures being scheduled, 325 on turf (up seven) and 38 on the All Weather (up one). In recognition of the additional workload that this will place on those working in the industry, HRI has increased to five the number of Sundays with no Flat racing during the summer months to give stable staff some welcome breaks. HRI has also accommodated other requests from the Irish Stable Staff Association to reduce the number of mixed meetings where possible, especially outside the Festival meetings, and to leave the Sunday before Christmas (23rd December) as a blank day.

“It is great to be able to develop the Festivals at Bellewstown and Killarney and create a new one at Galway over the October Bank Holiday weekend.  This is a result of the success of their existing Festivals and a great credit to the racecourses in question.

“The HRI Board has again agreed that the Curragh should continue to stage a shortened season during 2018 featuring all its major Classic racedays and the second leg of Longines Irish Champions Weekend. The continued co-operation of Naas and Navan in accommodating early and late season Curragh fixtures should be noted.
“We have added three midweek industry days for National Hunt racing at Naas, Punchestown and Fairyhouse, one each in the months of December, January and February. This will allow the provision of further opportunities for medium to lower tier horses which will hopefully encourage more jumps horses to be kept in training during this core Winter period of the National Hunt season.”

For further information check out http://www.hri.ie/press-office/press-releases/2018-fixture-list-announced/

View our latest images & video clips from the races

🐾From the entire team here in Ballybrit, have a

👶 🎩 🎨 Hugely popular with families our 'M

🥳😁😍How we feel about July... #TheCountDo

👍 Thumbs up from us, it's Monday, motivated, de

‪ 💇‍♀️To all our friends who work in ha

📺 🆕Thoroughly enjoying the coverage of Irish

📢Details of our 'Virtual Ladies Day' are announced with
@Herdotie
💃The 'Her Best Dressed Competition' 2020.
🏘️All the glamour from the comfort of your own home
#HerVirtualBestDressed #LadiesDay #GalwayRaces #GalwayRacesAtHome #Excited 😆
https://www.her.ie/news/best-dressed-competition-galway-races-back-virtually-507102

📢Details of our 'Virtual Ladies Day' are announced with
@Herdotie
💃The 'Her Best Dressed Competition' 2020.
🏘️All the glamour from the comfort of your own home
#HerVirtualBestDressed #LadiesDay #GalwayRaces #GalwayRacesAtHome #Excited 😆
https://www.her.ie/news/best-dressed-competition-galway-races-back-virtually-507102